In Europe, Directive 2009/28/EC on renewable energy sets transport bioenergy obligation in 2020 in minimum 10% of transport energy use. Modern spark-ignition vehicles are compatible with 10% ethanol in gasoline (E10), which represents 6 % bioenergy content. Higher ethanol content can be used only with limited car population, which limits ethanol use even if higher amounts would be commercially available (so called ”blending wall”).

Alcohols represent superior fuels for the SI engine, with respect to key properties like octane number and latent heat of vaporization. Basically alcohols have the ability to withstand high pressures and temperatures without igniting uncontrollably. Ethanol has become widely used in low concentration blends with gasoline in many parts of the world and has more limited use in high concentration blends. In the case of lowâ€ethanol blends (E5â€10), it is possible to produce fuels with a slightly higher or similar octane number compared to that for regular gasoline. In that case the most modern cars are able to regulate the ignition timing and advance the timing to a degree that increases engine efficiency by a few percentage points. High share of ethanol, up to 85%, can be used in special spark-ignition FFV cars.

In these years fuel economy is becoming an important issue and an obvious goal is to achieve efficiencies similar to diesel engines with the alcohol applications. However, application of alcohols in a diesel engine requires a fuel additive to ignite the unburned mixture. An option is to use additised ethanol in heavy-duty ethanol diesel engines, which are today manufactured by Scania. These engines are running with so called Etamax D fuel consisting of 95 % hydrous ethanol together with ignition improver, corrosion inhibitor and denaturants (MTBE, isobutanol). This fuel is manufactured by SEKAB in Sweden. With this concept, relatively small modifications are required in the engine. Compression ratio is increased and fuel system modified. Exhaust catalyst is developed to prevent excessive aldehyde emissions. This concept is used in buses for example in Stockholm. In total, around 1000 heavy-duty vehicles are running with Scania’s ethanol engines.

The most interesting option would be a ”Flex fuel” diesel engine capable to run with both ethanol and diesel fuel without pilot injection technology. Engines that can use only ethanol are potential only in restricted areas, where availability of fuel can be controlled. Diesel engines and their control technologies have developed considerably over past years. For example, common-rail system enables fine adjustments of injection. Ethanol diesel engines could be used in road transport, machinery, marine sector and especially in the countries, where ethanol is produced in large scale.

Since alcohols, particularly produced from biomass, are obvious fuels for more intense combustion engine application in the near future it is of interest to start up a general study on the best way to do it. The goal is to combine good fuel economy with low emissions. Scania’s current technology is based on an additive package including ignition improver and lubricity additive (and a high compression ratio of the engine). The project is suited for an IEA AMF study since many member countries are interested in the fuel/additive development. There is interest in looking at alternative, locally produced additive packages in e.g. Brazil, Finland and Thailand. In addition, there are ideas for new combustion schemes, e.g. RCC (reactant controlled combustion), which could eliminate the need for the dedicated ignition improver additive.

The goal is to report the best possibilities for implementation of alcohols in diesel engines. One of the main objectives of the project is to secure the supply of fuels for diesel engines, in this way by focusing on sustainable biofuels in the form of alcohols. The project involves one of the main diesel engine producers in Europe and some of the most powerful research institutions and universities in Europe. The project will therefore result in worldwide frontline experiences and will have a large influence on the strategy for implementation of alternative fuels in many countries. The project will thus contribute to the achievement of many relevant political goals like supporting a sustainable energy policy, independency of fossil energy and reduced emissions, including carbon dioxide. 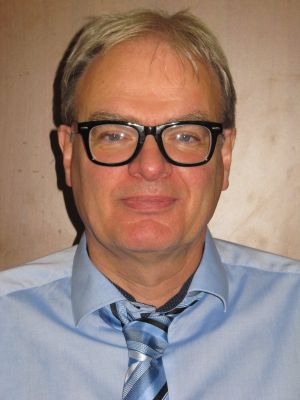